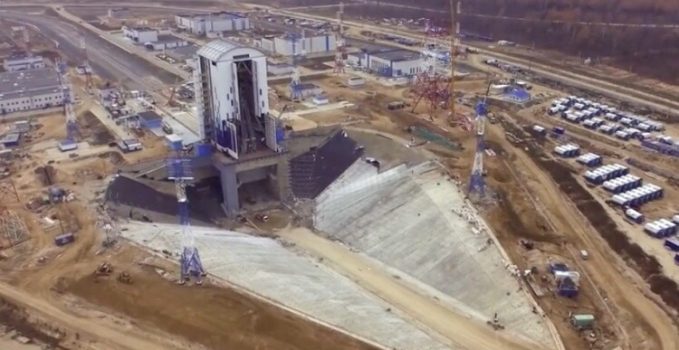 Why Russia needs its own corrupt Vostochny spaceport

Russia finally launched its first ever rocket from the country’s new base: The Vostochny Cosmodrome. The country’s happy, but the construction of the controversial spaceport wasn’t without its problems. Let’s take a look at what Russia needs a new spaceport for anyway.

Vostochny is the name of a brand new spaceport in the East of Russia. In fact, the name literally means “Eastern” in Russian. The port lies Far East of the country on the 51st Northern Parallel, in the Amur Oblast region.

Russia has been building the spaceport since 2010 and expects it to be fully completed around 2018. One of the launchpads has been ready for some time, with the first launch happening this week. On April 28 at 02.01 UTC, a Soyuz rocket blasted off from the cosmodrome carrying 3 scientific satellites. It was a milestone for the ailing Russian space program.

Not the only port

It’s important to note that Vostochny isn’t Russia’s very first spaceport. The country has another spaceport, Plesetsk, in the North West of the country. Plesetsk lies much further North than Vostochny though (about 800 kilometers north of Moscow), making it perfect for polar, geostationary and Molniya orbits, the latter named after the perigree that Russian GloNASS navigation satellites follow. 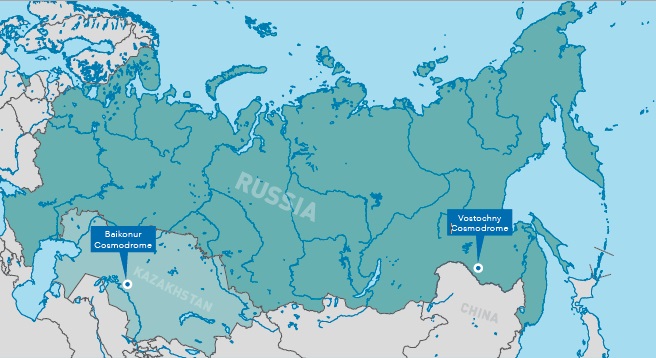 For any other orbit (which is the case for the majority of missions), you’re reliant on a launchbase much further South. Up until now, Russia has been forced to use the Baikonur Cosmodrome, famed for sending every current manned mission to the International Space Station and most other launches that follow a regular Low Earth Orbit.

The problem with Baikonur is that it isn’t in Russia at all.

Baikonur Cosmodrome lies in Kazakhstan, where the spaceport originated in 1955 during the Cold War, when Russia was still the Soviet Union. After the fall of the Soviet empire, Russia was left without its own spaceport.

The country has been paying Kazakhstan for the lease of Baikonur, which amounts to a little over 100 million euros a year. For years, that wasn’t much of a problem, but the past few years the relationship between the countries has grinded to a halt. There were many diplomatic disputes, the most infamous one an incident where a Russian rocket crashed shortly after landing. The crash contaminated a large part of the area, and the countries are still bickering over the costs of the cleanup.

With the increasingly nationalistic tendencies of Russia, president Vladimir Putin signed the order for the construction of a new spaceport in 2007.

A new dawn for the Russian space program

The construction for Vostochny is expected to be completed in 2018. Originally, Russia planned to inaugurate the spaceport with the launch of the Angara, the still-to-be-built massive rocket which should be the largest in the world (until America completes its own Space Launch System). The Angara-launch has been delayed several times though, and is currently slated for 2021 at the soonest.

Vostochny won’t be the singular launch-base for Russia. The country aims to move 45% of all Russian launches to the new spaceport. Another 44% of all launches will be carried out from Plesetsk, with the remaining 11% staying in Baikonur.

Initially, Vostochny will only be used for cargo missions to the International Space Station, and satellites launches. After at least 15 succesful flights, Russia wants to move manned space launches to Vostochny as well, breaking a tradition of Baikonurs Star City as THE place where astronauts are brought into space. A tradition, mind you, starting with Yuri Gagarin…

Vostochny’s construction hasn’t been without its problems. In fact, the building of the spaceport has been plagued with financial, diplomatic and corruption problems.

While Putin hailed Vostochny as ‘the country’s biggest constrution project’, a large part of the alloted 300 billion rubles (5,3 billion euros) has been embezzled by fired contractor after fired contractor.

The corruption allegations go even higher up. The main contractor of the project is Spetsstroi, a semi-private semi-state-ran organization with strong ties to the Kremlin. Many people, including those within the Russian space agency, have objected to the assignment of the company as the main contrator, but Spetsstroi builds Vostochny to this day without any competition.

The problems persisted for a few years, but reached a climax in April 2015 when many construction workers went on strike at the site after not receiving wages for months. The event was televized live during a prestigous teleconference with Vladimir Putin.

Last year, Spetsstroi asked for another extra 20 billion rubles to complete the project on time. But at least Russia had its first symbolic launch. That’s what counts.