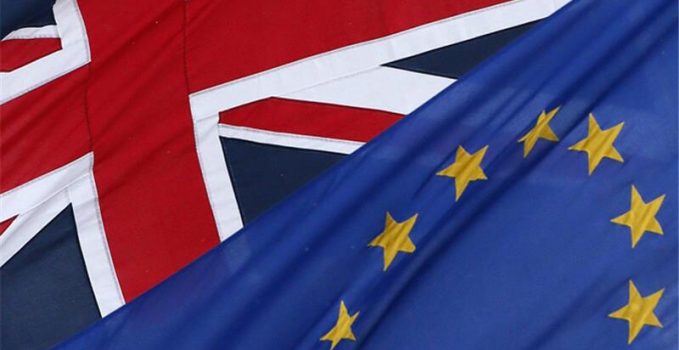 What does ‘Brexit’ mean for the British space industry?

Great Britain has voted to leave the European Union, a decision that will have significant economic consequences. What about the country’s space program, which relies heavily the on ESA? Let’s look at what ‘Brexit’ means for the UK space program.

The UK is a member of ESA, which furthermore consists of 21 other countries. ‘Brexit’ does not necessarily mean anything for the relationship between the two, because the European Space Agency is an independent body which isn’t a part of the European Union. That means there’s no immediate reason for the UK to leave ESA.

In fact, there are two other countries that are not in the EU but who are in ESA: Norway, and Switzerland. For both countries, this arrangement poses no problems, so there’s no reason to think it would do so for Britain.

What do the parties want?

During the campaign, the British space industry hasn’t been mentioned much, though pro-Brexit-campaigner Boris Johnson has stated that the UK would stay in the European Space Agency. Other than that, nothing so far has been mentioned about what to do about the space industry, so anything can still happen.

‘Brexit’ potentially brings some problems to the space sector

There are some problems with the Brexit though that could significantly impact the British space industry. That consists mainly of relatively small companies that get most of their contracts through ESA-programs. Those can be mandatory programs to which every ESA-member has to contribute, mostly scientific programs like LISA Pathfinder, but there are a lot of optional programs like Copernicus or the navigation satellites of . These two rather large programmes are in fact commissioned by the European Union, and contracts for its construction go to whatever country contributes most of its GDP to the optional programs.

In the case of a Brexit, this might pose a problem. Britain might still contribute to the optional programmes, but leaving the European Union might mean the EU and ESA will scale back the number or size of contracts to British companies.

There are a few British companies that have big contracts on EU/ESA-projects. Airbus UK contributes a lot to the Earth observation programme Sentinel, and Surrey Satellite Technology Ltd. is the main contractor for the Copernicus programme. It’s still unclear what the Brexit-vote will mean for those contracts.

Galileo will also pose a problem in the current situation. Being a European Union programme, the future satellite constellation will be licensed primarily to EU-countries. With Britain leaving the EU, it means the country won’t automatically have access to using the GNSS signals once Galileo will be fully operational – despite having contributed a large amount of work on the programme.

It is still possible for non-EU countries to use Galileo. The United States, Norway and Switzerland have signed agreements with the European Union to make use of GNSS-data, which is relatively simple. This would probably have to happen for the UK as well.

The same might happen for data collected by the Sentinel and Copernicus programmes.

No more astronauts to the ISS

The contribution of Britain to the International Space Station has always been minimal, so don’t expect a lot of changes there. Recently, British astronaut Tim Peake returned to Earth after a 6 months stint on the station, being the first and probably last British astronaut to ever visit the orbital laboratory. Astronauts to the station are selected by the size of contribution of the participating space agency’s, and with ESA contributing around 8% of the total budget the number of European astronauts is already slim. Count to that the fact that England contributes little to the ISS programme, and a British astronaut will not have priority over German, French or Italian astronauts for the selection.