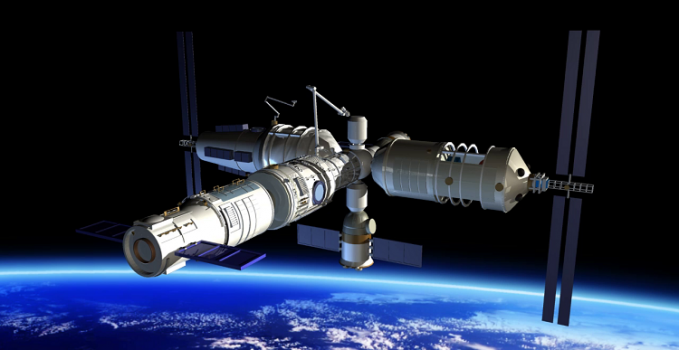 Why does China have (and want) a space station?

There’s plenty to do about the ISS, the permanently manned space station that holds astronauts from all corners of the Earth. But few people know there’s a second space station currently in orbit around the Earth. The Chinese Tiangong station might not be manned, but the country has big plans for the future of the habitat.

Tiangong is China’s own independent access to space, something the Chinese have aspired since astronauts Yang Liwei’s first flight in 2003.

The station is called Tiangong-1, which roughly translates to ‘Palace of Heaven’. The ‘1’ rightfully indicates that this isn’t the first station; in fact, it serves mostly as a test site for what will come in the 2020s, which is a larger and more advanced station called TiangGong-2.

While technically Tiangong-1 can be considered a space station, it’s in reality much more of a experimental module that’s used to test dockings and controlled habitation.

At the moment, Tiangong is nothing more than just a small habitat

Tiangong currently consists of just 1 module, which was launched aboard a Long March 2F rocket in 2011. The station has been orbiting Earth mostly unmanned, until China made its first ever space docking in 2012. On June 18, taikonauts Jing Haipeng, Liu Wang and Liu Yang docked their Shenzhou-spacecraft to the space station, and stayed there for 3 days.

Tiangong-1 is only the first component to a much larger mission though. The original module will eventually fall back to Earth, though China has pushed that back from the initial date in 2013 to an unspecified time in the future – rumoured to be somewhere in 2016. At the start of this year, the station is still operational – or at least flying around.

Ultimately though, China wants to have a bigger space station, consisting of multiple modules. Tiangong-3 will consist not only of multiple modules, but will also have support for up to 4 spacecrafts that can dock onto it. That way the station can be resupplied independently and can therefore be kept in the air even without periodic manned flights.

Besides that, it will be possible to dock even more modules onto Tiangong, expanding the size and scope of the station if China wants to.

Tiangong will be the third multiple-moduled space station in history

When China launches Tiangong 3 and docks two modules together, it will have the third multiple-moduled space station in history, after the ISS and the earlier Russian Mir.

Note: There were space station before Mir, like the Russian Salyut and the American Skylab, but like Tiangong-1 they were single module-stations.

There’s a reason China doesn’t participate in the ISS program: America. The United States holds some very strict trade embargoes over the Chinese, most of which are somehow related to military technology. This was reason for some commotion back in 2013, when Chinese astronomers were banned from a NASA conference, and later when Chinese citizens were explicitely forbidden from booking private rides on sub-orbital flights from Virgin Galactic.

On its own strength

Despite never participating in the building of the International Space Station and being the shunned child of the international space community, China managed its own indepent access to space with the development of its Long March rockets. In 2003, the country added the Shenghzou manned capsules to its arsenal, making it the third country after America and Russia to send humans into space.

China has some pretty ambitious plans for going into space

For the past 2 years, China has been outlining a much broader and quite ambitious strategy for getting back into space. And as opposed to, say, Russia, the federal space agency has actually followed up on its expectations by actually landing a probe and a rover on the moon in December 2013. The moon landing is part of that strategy, in which he country aims to actually land a manned mission on the moon somewhere in 2025.

But, as with all things Chinese, critics are suspicious of all the well meant plans of scientific achievement. Especially in its space exploratory plans, the Chinese have always been secretive as to their intentions, which makes critics a bit nervous.

China’s space development is being done exclusively by the country’s military, which isn’t weird since NASA and Roscosmos started out similarly. Eventually, space moved away from the governmental grip and went into the public domain. Nowadays, most space missions are of a scientific nature that ties the publicly funded NASA close together with independent astronomers and other scientists.

But manned spaceflight is inherently a political endeavour, something that has ultimately little to do with real scientific achievement. In recent years, China has moved its space program into an increasingly larger military program. The country started working on controversial tests that would destroy satellites, and it’s continued to do so even as far back as the end of last year.

While China has signed the UN Treaty for the Peaceful Use of Outer Space (PDF), critics question whether China’s still committed to the Treaty that dates back to 1967, at a time when ‘the use of space’ was only applicable to Russia and the United States.

There’s also much confusion about China’s ambitions to collaborate with other countries. On the surface, China appears to be very interested in cooperation. The country has always said it wants to eventually be a part of the ISS, with Yang Liwei (the head of China’s Manned Space Office AND first taikonaut into space) going on record saying the country eventually wants to dock it’s Shenzhou-capsule to the ISS.

Does China really WANT to be in the ISS?

However, China has designed its capsules and space station to be incompatible with the ISS, even its future efforts. What’s more, the country has made no steps in trying cooperation on a technological level.

Obviously, that is largely a Catch-22: America (and Russia) refuses to just hand China the keys to the station and speed up the country’s technological development, but the stalemate is now forcing China to develop itself and that’s going a lot faster than most critics thought.

So here we are with a country that is catching up with the rest of the world at a surprising rate, in secret, with its apparant use still largely unknown. And it’s building a space station.