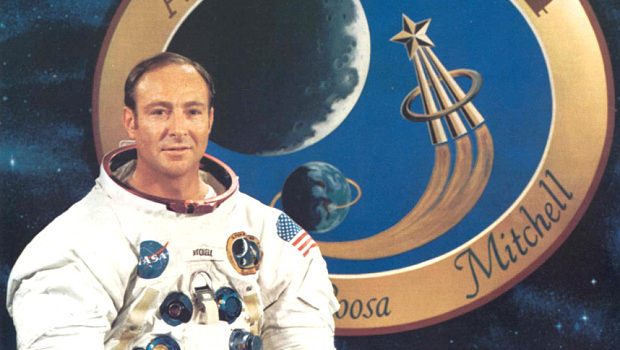 Edward Mitchell, the sixth man to walk on the moon, has died at the age of 85. Mitchell was a crew member of Apollo 14, the third mission to land on the moon, where he did an EVA with Alan Shepard.

Mitchell died late Thursday (EST) in his home in West Palm Beach, according to his family.

Mitchell started his career at NASA as a Navy test pilot like most others from the first batches of astronauts. Mitchell was trained on the backup crew for Apollo 10, but first went into space on Apollo 14.

Mitchell was the lunar module pilot for the Apollo 14 mission, the third mission to land on the moon. He landed the Antares Lunar Module on the surface on February 6, 1971. Together with crew member Alan Shepard, Mitchell did an EVA of 9 hours and 23 minutes, the longest EVA performed by astronauts on the moon.

The Apollo mission was Mitchells first and only space flight. He logged a total of 216 hours and 42 minutes in space.

After his retirement from NASA in 1972, Mitchell became a staunch believer in UFOs and gave many speeches on the subject.

With Mitchells passing, only 7 Apollo astronauts that have walked on the moon are still alive. Neil Armstrong, Pete Conrad, Alan Shepard and James Irwin are the other astronauts that passed away.