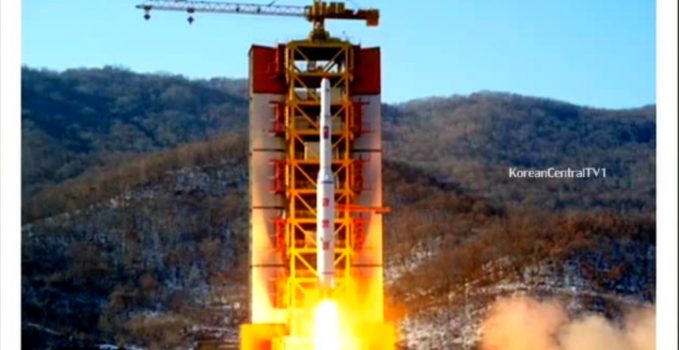 North Korea has claimed it launched another satellite into orbit, spreading anger throughout the international community. It’s not the first time the country has claimed a satellite launch, but how serious should we take the claims of the totalitarian state? Let’s take a look at North Korea’s controversial space program.

North Korea has said it launched a satellite into orbit, using “a long-range rocket”, but it’s actually not quite clear what the object put into orbit was.

The country itself has named the satellite Kwangmyongsong-4, the successor to three other satellites with that name and which is named after the country’s former leader Kim Jong Il. the satellite has been placed in a polar orbit.

The object was confirmed by the American ‘Strategic Command’ and by neighbouring South Korea.

It’s not the first time the Stalinist country has launched a satellite. North Korea’s space program goes back as far back as the 1980s, though very little public information is available about the program which has historically been tied to the Korean People’s Army. In 2003, the country established its own space agency named the National Aerospace Development Administration – with quite a familiar logo…

A short history of semi-successful launches

It’s not clear what went wrong with the launch, but American observers suspected a failure within the third stage, about the time the rocket first achieved orbital velocity but failing to insert to satellite into orbit.

The country’s fourth launch was successful

For a long time, North Korea was silent on its space ambitions, until it attempted to launch a new satellite in 2009. Again, the launch was a failure, with both South Korea and the United States as well as Russia confirming the satellite had fallen back to Earth and landed in the Pacific Ocean.

The third attempt North Korea made to a launch failed as well, however the country’s fourth launch put Kwangmyongsong-3.2 into orbit, which was confirmed by other countries as well. The satellite reached orbit at December 22, 2012. This most recent attempt of last month was the country’s second orbital satellite.

The only satellites Pyongyang has ever built are called Kwangmyongsong. The name comes is derived from a poem supposedly written by the country’s founder, Kim Jong Sun, and means something like ‘Bright Star’.

The peculiar thing is that it’s not quite clear just what Kwangmyongsong is supposed to do. As with all North Korean programs, its satellite program is classified, but South Korea and America can’t particularly point out what use the satellite has. It might be akin to the Soviet Sputnik, that did nothing other than beam out some radio signals as proof it was in orbit, but critic believe Kwangmyongsong is used as a spying tool.

North Korea’s space program, and this recent launch in particular are controversial because it’s enabling the country to develop long range missiles that can later be used for warfare – something South Korea and America are desperate to avoid. Especially now the country runs its own nuclear program and claims to have build a nuclear warhead, obviously this situation troubles America greatly.

North Korea’s few allies, China and Russia, have expressed ‘regret’ over the launch. Other country’s and the United Nations have used less kind words to describe the launch, calling the situation ‘deplorable’ and ‘absolutely intolerable’.

North Korea has, perhaps surprisingly, signed the international Treaty For Peaceful Use of Outer Space. Critics, however, say this is an elaborate ruse behind which the country can hide when it defends its program, saying it uses satellite technology to do Earth observational research which can help agriculture in the poverty stricken region.

The country faces sanctions, but should be taken seriously

As of now, North Korea faces more sanctions from the international community like trade embargoes and a more strict food distribution program, but this hasn’t stopped the Stalinist state from threatening to launch even more satellites and experimenting with more missiles.

To call North Korea a succesful spacefaring nation is perhaps a bit of an overstatement, but it can’t be denied that the country has put its money where its mouth is and has developed actual orbital capabilities which it can expand. It’ll be a slow process – but a sure one.