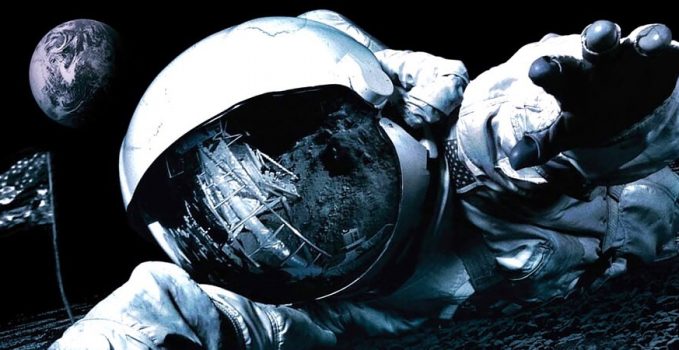 What happens when you die in space?

Being an astronaut is still a pretty dangerous profession, with a fatality rate of no less than 4% despite everyone’s intense efforts to prevent serious accidents. But what would happen though, if one of the astronauts in the ISS died now? What happens if you die in space? Turns out, there’s not really a protocol for that…

Let’s start with The only deaths that (probably) occurred in space are those of the crew members of Soyuz 11, (Georgiy Dobrovolsky, Vladislav Volkov and Viktor Patsayev), who had died during their descent on the Kazach steppes. After visiting the first space station ever, Salyut, the cosmonauts returned to Earth on a full automatic landing procedure. Upon recovery, all three cosmonauts were discovered dead of suffocation.

The autopsy showed that the cosmonauts had been dead for at least 11 minutes – so from far before they re-entered the atmosphere. It was also discovered the closing hatch hadn’t been properly sealed off after docking from Salyut, leading to the conclusion that the astronauts had suffered a sudden decompression in their cabin, leading to suffocation.

All three cosmonauts were given a state funeral, with Leonid Brezhnev giving a eulogy. The death of the space farers left the Soviet Union in deep mourning, changing spaceflight in the country from a distant military undertaking to a mission with real human beings. Subsequently, the death of the crew led to the first use of space suits during descent, adding to the continued safety of space programs overall.

There have been a few different notable disasters in spaceflight, though Soyuz 11 is the only one where astronauts actually died in space. The first major one in America’s program were the deaths of the Apollo 1 crew during a training mission in 1967. During a simulation exercise, astronauts Roger Chaffee, Gus Grissom and Ed White perished when the Apollo training capsule caught fire. As this happened on the ground, the charred bodies of the astronauts were recovered and buried.

Challenger
Perhaps the most shocking disaster in all of spaceflight was the launch failure of the Space Shuttle Challenger in 1986, which blew up 72 seconds after launch at an altitude of 14 kilometers. This was the first time astronauts died during an actual mission, and also the first time a civilian (Christa McAullife) died rather than military soldiers.

The astronauts’ bodies were autopsied and brought back to their families

The remains that were identified where brought back to the astronaut’s families, where they could be buried as per their families wishes. That happened with foreign astronauts like Ilan Ramon too, who was Israeli.

The two commanders of the mission, Dick Scobee and Michael Smith, where buried at Arlington National Cemetery in individual graves.

Columbia
The same happened with the crew of the Space Shuttle Columbia, when all 7 astronauts died during landing in the disaster of 2003.

During the salvage operations for both missions, remains were found that could not be identified. These were also buried in Arlington, in the Challenger and Columbia memorial. That’s also where the graves of commander Rick Husband and pilot William McCool are.

Contingency plans during the Apollo-program

The most dangerous undertaking ever in space has without a doubt been the moon landing, where just about anything wrong could’ve easily been the end of astronauts.

Neil Armstrong and Buzz Aldrin were well aware of those dangers. Both being military men, they knew the risks involved and were prepared for them – though Aldrin has repeatedly told that the moments right before the landing where quite tense.

Protocol for death
There was even a protocol in place for when the astronauts would be stranded on the moon, for instance if their capsule engine should fail and docking with the Command Module would be impossible. If that were the case, NASA would keep in touch with the astronauts for a while to ‘sort things out’.

After that, Mission Control would switch off communications with the astronauts. Eventually, a clergyman would be brought in and give the astronauts their final rites, giving them a send-off like soldiers get.

… and there was even a speech prepared

Before that though, then-president Richard Nixon would phone the wives of Armstrong and Aldrin and give them his condolences.

There was even a speech that Nixon would’ve read the nation, which began with the sentence:

“Faith has ordained that the two men who went to explore the moon in peace, will stay on the moon to rest in peace.” 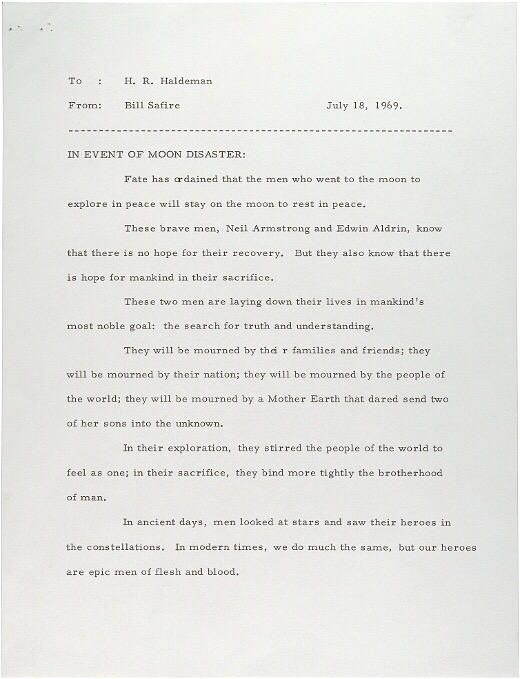 The speech was never needed – the other big disaster in the Apollo-program had all 3 astronauts safely return to Earth.

Death on the International Space Station

Currently, the only active space mission is the International Space Station, and while there is no true protocol in place for when an astronaut dies, it is a scenario that space agencies cover in training.

Astronauts are never alone in the ISS, unlike missions to the Russian Mir station, so there will always be other astronauts that can deal with a death on the station. On the other hand, the Station is equiped with state-of-the-art medical equipment and even has a small operating table. But what would happen if that doesn’t work?

into outer space. This is logical for a few reasons: It takes care of any complications like health or even odour problems inside the Station, but also because space vessels operate under a loose definition of maritime law. That means an astronaut could technically be given a ‘burial at sea’, by having the other crew members performing some final rites and then having their deceased crew mate float out of the airlock.

However, international law forbids that. The Intergovernmental Agreement On Space Activities dictates countries’ rights and duties in outer space, and one of the Agreement’s sections (which all countries participating in the ISS program have signed) states that space ‘can’t be poluted’. That pretty much means you can’t send an astronaut out the airlock because it’d be considered ‘unnecessary waste’. And let’s be honest, it’s not exactly ethical.

Astronauts roleplay about the situation of death of a crewmember

There aren’t many official documents that outline the case of a death in space, but Canadian astronaut Chris Hadfield (Expedition 35) wrote about it in his book ‘An Astronaut’s Guide To Life On Earth’. In it, Hadfield describes the many training procedures NASA runs on astronauts which cover topics like death.

These procedures usually take place in a sort of round table discussion with the astronauts and leaders from Mission Control. From Hadfield’s book:

“We’ve just received word from the Station: Chris is dead.” Immediately, people start working the problem. Okay, what are we going to do with his corpse? There are no body bags on Station, so should we shove it in a spacesuit and stick it in a locker? But what about the smell? Should we send it back to Earth on a resupply ship and let it burn up with the rest of the garbage on re-entry? Jettison it during a spacewalk and let it float away into space?”

Hadfield goes on to describe not only the practical problems of death in the Station, but also of what to tell the family of the deceased astronaut or how to deal with the media afterward.

No real plans
The truth is, there’s no real plan for what to do in such a scenario. There have been proposals that freeze and pulverize an astronaut’s body to dust by a robot (called ‘Body Back’), but there have been few concrete plans. In reality, the astronauts and space agencies will have to improvise, looking at what’s both practical and ethical by consulting with the family.

In the future, matters will get more complicated

In the future, death in space will be a lot more difficult. NASA has plans to visit Mars, a dangerous trip that’ll take 9 months, and that’s a one way ticket. What happens if an astronaut dies in a small capsule during that trip?

Or worse yet, what if we finally start that much talked about colony? The Dutch organisation Mars One wants to send some colonists on a one way trip to Mars, explicitely stating the astronauts will die there. But what happens in that case? It’s one of the many things Mars One hasn’t properly thought out.

Thankfully, we haven’t had to deal with real death in space or on a planet.