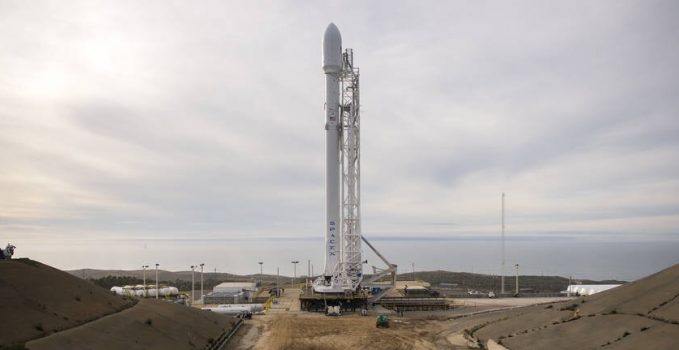 SpaceX will be attempting to land a Falcon 9 rocket again after launching a satellite into space. As opposed to the company’s last landing, the Falcon will now land on a barge in the sea rather than back on land.

The launch will be of the Jason-3 satellite, an Earth observation spacecraft designed by the National Oceanic and Atmospheric Administration (NOAA). The satellite will observe global ocean height levels together with existing American and European satellites.

The launch is fairly routine, but it’s the landing that’s the really interesting part. After bringing the satellite into orbit, SpaceX will attempt landing the rocket on a sea barge and ship it back to land, so it can be used in a future launch.

That’s comparable to what SpaceX managed a few weeks ago, when it landed back on Earth for the first time.

SpaceX has been trying to land a rocket for a few years now, starting with the Grasshopper prototype rocket that could launch and land vertically for up to 700 meters. Later, the Grasshopper’s technology was implemented in the Falcon 9.

After that implementation, SpaceX tried landing the rocket on a special built ship that floated out to sea. The first time, the rocket narrowly missed its mark and exploded upon landing. The second time, a storm made waves too large for the barge to remain stable, and the third time the Falcon 9 exploded minutes after launch.

During its December launch, SpaceX landed its rocket back on the same launch pad the Falcon came from. With it, the company wrote history by building the first reusable rocket.

Today’s launch will be slightly different, as the rocket should land on the same sea barge that was used in earlier attempts. This is mostly due to the launch site, Vandenberg Air Force Base in California. Vandenberg’s launch pad is not suited for an attempted landing, and in the future SpaceX will more often attempt a sea landing to eliminate possible collateral damage on land.