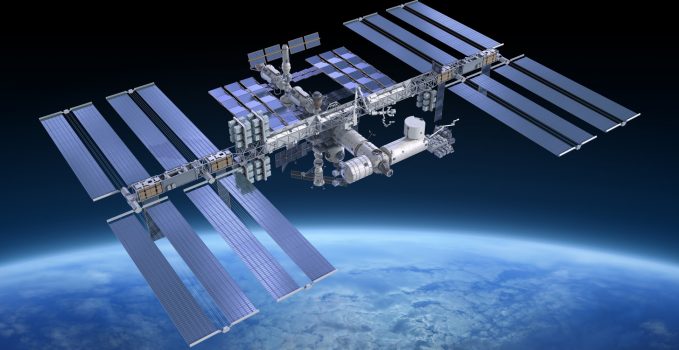 What’s going to happen to the International Space Station? No one knows…

For the past 17 years, humans have been a continuous presence in space. Every day since november 2000, at least three people have been orbiting Earth in the International Space Station at all times. But now NASA and the other participating countries are looking toward what’s going to happen to the station in the future. Spoiler alert: Nobody knows.

The International Space Station has been in orbit since 1998 when the first Russian module was launched. Over the years, the station has grown considerably by adding dozens of modules, docking ports and other parts, to the 100 meter wide moloch it is today. It’s been consistently occupied since that time, which has become quite a necessity if you look at the sheer size of the station. Originally, the station was supposed to be in orbit until 2020, but in 2015 American Congress voted to keep the ISS operational until at least 2024, in line with the wish of the other participating countries.

Earlier this week, Congress had another debate on the future of the station. The main question is: what happens after 2024. Although plans are to simply chuck the station into Earth’s ocean after letting most of it burn up in the atmosphere, many politicians and policy makers are understandably reluctant to dismiss the 100 billion dollar outpost. That magic number is the estimated cost of the ISS so far, though the real number is impossible to determine due to the complicated financial construction of quid-pro-quos and contracts given to both space agency’s and commercial companies. Apart from the total cost of the station, NASA is still spending close to 3 to 4 billions dollars a year simply to keep the station operational – those costs including sending up both cargo and manned mission.

It’s understandable to want to keep the station, but Congress is conflicted on how to do it. The most obvious step would be to hand over (a part of) the station to the private sector. This could be companies like SpaceX and Orbital Sciences, who already make commercial cargo-flights to the station (mostly on NASA’s dime). Boeing is very interested too; the company will send astronauts to the station in 2018. There’s also a multitude of other companies that would be most interested in performing science and R&D aboard the ISS.

It’s important to first understand what both NASA and Congress really want as a future space policy. There’s a problem though – it’s pretty unclear what that is.

NASA has been stuck in Low Earth Orbit ever since the end of the Apollo-program in 1972, and hasn’t ventured away from Earth more than 600 kilometers in those 45 years. It’s time to move ahead, but where to? Mars seems the most logical option, the next frontier, but there’s also a great case of going back to the moon first for longer and more useful missions – or maybe even to start a base there. The case for Mars isn’t so clear-cut either: many argue that a human mission to the planet is a waste of money, too dangerous, and would better be handled by robots. A Martian mission is insanely expensive and would require many technologies that haven’t even been invented yet.

In any case, NASA is already working on the rocket that would take us there: The Space Launch System, and its accompanying Orion capsule. The weird turn of events has made NASA design a new rocket before it even has a destination or even a use, which is kind of putting the carts before the horse, but there are more factors at play. For one, Congress often uses the SLS as a means of attracting jobs to their district, changing the meaning of the rocket’s abbreviation sometimes jokingly to the ‘Senate Launch System’.

There are now plenty of companies who can get by perfectly well in Low Earth Orbit on their own. Companies like SpaceX, United Launch Alliance and many others have developed their own rockets and sell launches to commercial companies. With a check from NASA in their pocket, some (like SpaceX and Boeing) can already go to the space station as well.

Giving LEO to the private sector

This would fall in line with the general direction America wants their space program to go in: more standard duties like cargo-runs and satellite launches going to the private sector, so that NASA can go further to that famous final frontier. The private sector equals jobs, which is just what Congress likes about the SLS-program. A large part of the existence of the rocket is that districts can maintain the economy that the Apollo and Shuttle-programs provided.

But that still leaves room for speculation as to what companies should be doing in Low Earth Orbit, and how the International Space Station fits in that plan. A big part of NASA’s duties now are to monitor Earth using satellites, but under global warming denying Trump’s draconic erradication of environmental policy this particular program of NASA is under threat.

Besides Mars, NASA had its eyes set on a mission to an asteroid. The Asteroid Retrieval Mission (‘ARM’) was supposed to ‘capture’ an asteroid, bring it in orbit around the moon and have astronauts study it. As ridiculous as the plan sounds, the space agency was until recently very serious about it – until the mission came under fire after Trump’s proposed budget for NASA (which, admittedly, still has to pass through Congress).

More work to do

The work in the space station is far from done

So what could be the role of the International Space Station in all these missions? First of all, there’s plenty of work still left to do in the orbital laboratory, and many researchers would want to keep running experiments on the station. With a commercial market, it could be possible to make these experiments available to everyone who can pay for it, rather than having to submit it to research agencies in the hope of winning a place on a rocket. A competitive market could also lower the cost of these experiments.

The ISS has also long been envisioned as a stepping stone for deep space missions. You don’t really need a massive rocket like the SLS or Falcon Heavy if you can make the ISS a refueling station where missions can stop by on their way to the moon or Mars. Unfortunately, there are no plans to repurpose the station like that, nor is it even an option NASA and Roscosmos seem to even consider.

As it stands, it looks like the ISS is just going to remain an orbiting laboratory that might partly be taken over by private companies.

One aspect of the discussion that hardly gets any mention is China, which is odd because the Chinese have expressed a great interest in manned spaceflight and have deep pockets to go with it. China has never been a part of the ISS-program despite showing great interest in joining the other 27 participating countries. The only reason no taikonauts or even a simple scientific experiment will ever fly to the ISS is a law American Congress passed in 2011, officially banning the country partipicating. The decision has to do with sharing classified information, though that seems to be cheap excuse for a larger reason to exclude China from high-tech American projects.

China would really like to participate in the ISS, but is forbidden form doing so

China is now slowly but very steadily building up its own impressive space program, and currently has two space station in orbit. Tiangong-2 (‘Heavenly Palace’) is a multi-module space station that can house taikonauts for a few months, which the Chinese have proudly been doing as a scientific mission.

You might also want to read: ‘Why does China have (and want) a space station?’

China’s interest in the ISS program has recently somewhat faded, at least in the media, but you can be sure that Beijing would love to have a portion of the most sophisticated station ever built. It would be a win-win situation, with China learning a lot about manned missions and scientific experimentation in zero-G while simulteanously being able to fund a large part of it.

So far, Chinese cooperation has not even been considered an option by the Americans, and with the fiercely nationalistic Donald Trump as president it doesn’t look as if that sentiment is going to change anytime soon. A shame, really.