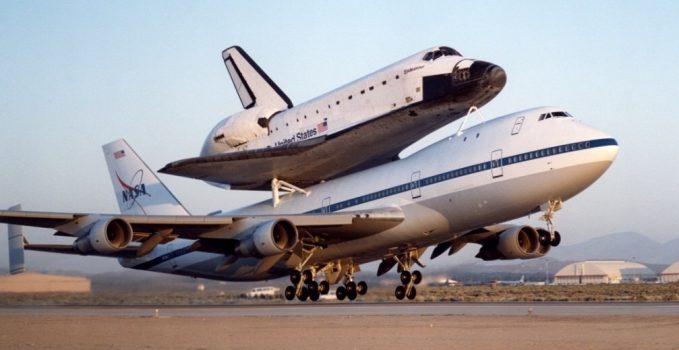 How do you have sex in space?

Alright, let’s talk about it. Let’s answer the age old question, which is in the same line as “why are we here?” and “what happens after we die”? Let’s take a look at how you’d actually have sex in space. Has it ever been done before? Can it even be done? Let’s look at the issue with a scientific, dead serious, and above all mature look.

Having sex in space is an interesting subject, and alluring for many reasons. Not in the least because floating around weightless would give sexual exploration a completely new dimension, but also because of more practical concerns.

The call for a human colony on Mars gets louder and louder each year, and although NASA’s roadmap to the Red Planet is still pretty muddy, many believe an extraterrestrial society would be the key to man’s survival. And a society like that starts with making babies. So knowing how to A: make the babies and B: how to give birth to them would be crucial research.

When thinking about long term solutions of spaceflight, sex will be an issue

If the concept of having space-babies is a little too far off (or too unethical for some), there’s another, more realistic issue as well. Sex is a normal and even important part of human biology, both psychologically as well as physiologically. Having regular orgasms can reduce the risk of prostate cancer and urinary infections as much as 33% in men, and consider the fact that spaceflights are usually a very lonely endeavour. Knowing how to deal with these issues on long-duration-missions is important.

As far as we know, no one has ever had space-sex yet. That only means that sex has never been officially documented, either as research itself or in post-mission briefings of physical and psychological conditions, but it doesn’t mean it never happened.

NASA doesn’t have an official policy on sex in space either. Instead, the agency refers to its rather ambigous code of conduct between astronauts. The code merely states astronauts should “maintain professional standards in relationships in both work and social environments.” 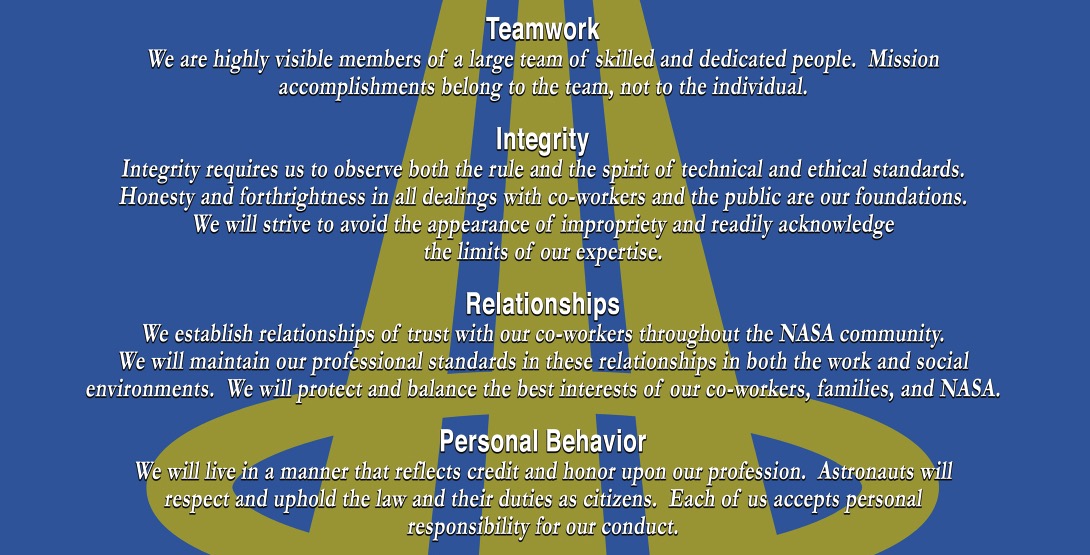 The agency does forbid coupled astronauts from flying on the same mission together, “to not break the group dynamic”. Having married couples could mean all sorts of problems in the relationship between other members of the space crew, which could potentially be disastrous in stressful situations.

There has only been one case where a husband and wife have both been into space at the same time. This happened in 1992 during STS-47 on Space Shuttle Endeavour. Astronauts Jan Davis and Mark Lee had gotten married about 9 months prior to the flight after falling in love during training.

At the time, the situation proved problematic to NASA, but it was too late to find replacements for the astronauts, so STS-47 launched anyway – though all records of the mission paint Davis and Lee as strictly professional.

Besides using a toilet, there’s very few things about spaceflight that have the mystisicm around them that sex has. You’re floating around, whatever comes out must float around too, and we’re talking about mostly man that are couped up in a small space station for months on end. It’s no surprise that sexuality has been at the center of quite a few hoaxes.

Every few years, a famous hoax about space sex makes the rounds again

One of the most famous ones is that of Space Shuttle-flight STS-75, and more specifically about a scientific paper known as 12-571-3570. Every few years, this document makes its way around social media as definitive proof that NASA once sent two astronauts up on the Space Shuttle and had them perform several sexual positions.

The document allegedly is a research paper of a shuttle-flight where couples have attempted 12 sexual positions, 6 of which were conventional positions, the remaining 6 supposedly devised for microgravity, using straps and elastic bands.

A quick Google-search shows that STS-75 took place in 1996, more than 7 years after the research was supposedly carried out, but that hasn’t withheld news outlets, bloggers and writers to cite the fake paper many times over

NASA came out against the hoax a few years ago when the selfproclaimed science writer Pierre Kohler cited the research as fact in his book ‘The Final Mission’. The space agency officially declared the research not true, and confirmed that spacesex research had indeed never taken place.

There’s no hard evidence, but definitely hints to space-masturbation

That’s not to say there’s no evidence of any sexual activity in space at all, either officially or anecdotally, though you’d be hard-pressed to find it. Astronauts never talk about the subject (though most are more than happy to describe in excrutiating detail how to empty your bowels in a vaccuum cleaner-like toilet), because of an unspoken ethical code. Also, there’s always the risk of NASA taking an astronaut off the fly-list if they step out of line, which happens to be an astronauts worst fear.

But if you look hard enough, there’s hints about what to do with the urge when you’re in space. Take Mary Roach book “Packing For Mars: The Curious Science of Life In The Void” (which is amazing, by-the-by). Roach spoke to a few Russian cosmonauts who were on long duration-flight on Mir that would tell it’s only natural for men to uhm… Help themselves.

This is hinted at more by American astronaut Ron Garan during a Reddit AMA (‘Ask Me Anything’). In his answers, Garan speaks of ‘private time’ and how you “can find some quiet time if you need it” aboard the station.

Astronauts have very little privacy aboard the Space Station as everything they do is analyzed precisely, minute by minute. But during the precious few hours of sleep, astronauts spend time in their tiny sleeping compartements where they have some much needed alone time. It’s the only place on the Station where Mission Control can’t see what you’re up to.

Garan doesn’t outright say it, but he insinuates pretty well that space-masturbation is no problem at all.

Most of our knowledge about sex in zero-G is theoretical and little is known, but it is possible to guess at whatever problems might occur.

Low blood pressure is a problem for uhm… Well you know.

The main problem is well documented: Low blood pressure. That amounts to generally lower blood flow, making erections harder (pun intended) to have. Viagra could theoretically solve this problem, but that would mean the astronauts or NASA would make the concious decision to start such experiments, and so far it hasn’t.

Another problem is not so much biologically as it is physically: Zero gravity itself. In a zero-G environment, astronauts that are physically together would only ‘push’ each other away, making love-making pretty difficult – though undoubtely inspiring for writers of the Kama Sutra.

There’s also the fact that astronauts inherently sweat more when in space, and the fact that sweat doesn’t drop but merely accumulates around the body. Not a very attractive idea.

The future of space-sex research

In the future, it’s not unthinkable that NASA will have to revise its strict ‘no sex policy’. Especially during the first days of spaceflight but also during the Shuttle-era, missions never lasted long enough to make sex-research a priority. The International Space Station however has been built with researching human living conditions in space rather than merely surviving for a while, and sex is definitely part of a healthy, normal lifestyle.

When long-term spaceflight will be more important, sex in space would stop having to be an ethical issue

Especially in the years since the Shuttle retired, ISS-missions have gone from being anywhere between days and months to almost exclusively 6 month long-duration missions. NASA, Roscosmos and other agencies are increasingly pushing the boundaries of living in space for longer periods of time, with Scott Kelly and Mikhail Kornienkio and their ‘Year In Space’ as the most recent evidence of that.

If research is moving toward such a goal, research about sex is inevitable. It’s become a matter of ethics now, and it’s probably just a matter of time before that matter will be revised.